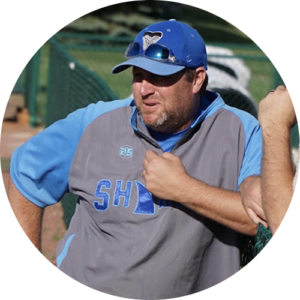 Jason began his coaching career spending three seasons as a coach in professional baseball, serving with the Ohio Valley Redcoats of the Frontier League and the Lafayette Leopards of the Heartland League. Later, as pitching coach at Butler University, his pitching staff (which included current Philadelphia Phillies pitcher, and 2014 MLB All-Star Pat Neshek) led the Horizon League in pitching stats in 2001 and 2002. After his first stint at Butler, Taulman went to Ball State University to serve as pitching coach, and subsequently earned a Master’s Degree in Physical Education (Coaching specialization). In 2003, Ball State was the Mid-America Conference West Division Champions. Jason later returned to Butler to coach for the 2006 and 2007 seasons.

Over the years Jason has coached over 30 players who have signed professional contracts and dozens more who have earned college scholarships.